The 3rd Season of the NEOS Monthly Tournament Series came to a close at the end of July. This season, we saw over 120 players compete in this Online Tournament Challenge. This season I spiced things up a bit, and added some brewing/deck building restrictions to keep things fresh and/or to challenge the players with twists on the standard Atlantic 93/94 format: In February, the omnipresent staple, Mishra’s Factory was restricted for the month. In March, we adopted the Scryings expansion and played it as intended, as an addition to the Swedish B&R, allowed sets (no Fallen Empires) as well as completely modern rules (no mana burn). In April, another staple of the mana base was adjusted and City of Brass was restricted. May saw the wildest change, when all dual lands were restricted. Finally in June, as it was the 25th Anniversary of the release of Ice Age, the entire Ice Age expansion was added to the Atlantic format, with Necropotence and Demonic Consultation restricted. It was different. It was weird. It was fun. Mostly, it was just interesting to try to think a little differently about decks and evaluate what was viable.

After five months of twists and competition, we have crowned a Champion of NEOS Season 3, and he was awarded the coveted Old Man of the Lobster Revolution:

Other members- of the Season 3 Top 8 were awarded with these Mishra’s Factory keepsakes. A fine addition to any trophy case:

So, who are these amazing competitors? I’m glad you asked. Here is your Season 3 NEOS Top 8!

The Swiss Raccoon King himself dug through the trash and found his way to barely holding on to the 8th spot this season. He put on a Scryings clinic in March, earning the title of Monthly Champion. A man known for his love of all things Trolls and Disks, he had a solid stretch in the middle months that allowed him to hang on in the end. A stalwart in the community and leader of the Urborg Legion and the Gentlemen’s Club. Christian is a worthy competitor and one of the great guys who embodies everything great about the community.

This Beast of the Bay had a ferocious season in the NEOS. A consistent performance allowed this master of all things Spike to lock in a Top 8 spot. MVD co-hosts the Spice Files on the Beast of the Bay YouTube channel, where he and NEOS Grand Master DFB break down the spicy brews of all the major events. Mike has an encyclopedic knowledge of the rules and uses his skills to secure swift victories.

NEOS’ own Scott “Power Surge Art Direction” Bradley was a powerhouse this season in the group stage. He put up an incredible 3 months of undefeated 6-0 match records. Scott surely would have been higher up on this list if he hadn’t failed to continue his success in the knockout stages. Regardless, Scott represented NEOS proudly as the highest-scoring player in the season who actually lives in New England.

Thomas, along with his fellow members of the Chilean Earthquake League, came onto the NEOS monthly scene and shook it to the core. After an atrocious February (1-5) and taking off all of March, this Chilean living in Austria stormed through April, May, and June, winning two championships and making it to the knockout stage in the other. A great run that makes you wonder what was possible for him if the beginning didn’t start out so rough. Looking forward to seeing what a full season from Borja could look like. 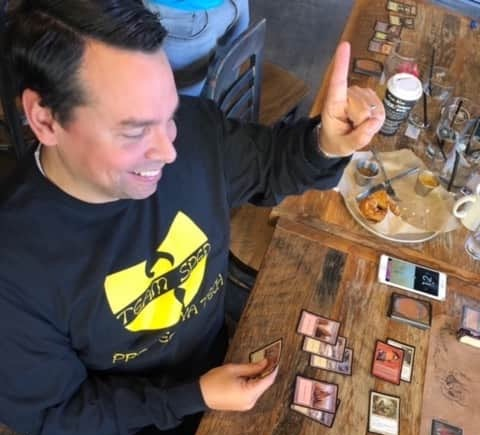 Frequent All Tings Considered guest and master brewer Adam Lemke had the most unlikely path to seasonal success. Four times, Lemke finished at 4-2 in the group stage, and he won his group in three of those instances! It doesn’t matter how you get to the dance as long as you show up! Lemke is known for his unusual card choices, and was even awarded a Silver Ghost Pepper Award and Top 4 showing in the same month! 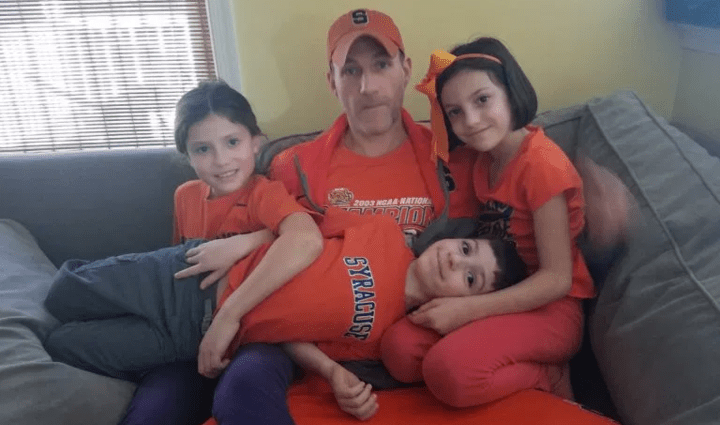 You all know this man and his sultry baritone from his podcast, All Tings Considered, but he is also no stranger to the top tables. An ardent advocate for Coke Zero, counter butter, and putting as many restricted cards as possible in decks, Mano found a way to a runner-up finish in the Ice Age monthly and was a Golden Ghost Pepper winner in May! A great combination of Spike and Spice.

Another member of the mighty Earthquake League from Chile, Andres stormed onto the scene and said “Nope.” A control player through and through, Andres found ways to tweak his deck to allow him to maximize his ability to dictate the terms of his matches every month. A fierce and consistent competitor. I’m sure we will see him near the top again.

Old School End Boss Michael Scheffenacker did it again. He claimed the Season 3 Champion title in spectacular fashion. He never lost more than one match every month, and won two out of the five monthly championships. In February, he even took home the title while piloting a Eureka deck! The Chef continues to build quite the resume and an ever-expanding trophy case. Congrats!

Well, that wraps up Season 3. As we look forward to Season 4, I plan to have a mix of standard Atlantic 93/94 and a few months with twists. I hope everyone is staying safe. Playing Old School Magic online is a great way to practice social distancing! Thanks so much for your commitment and sportsmanship every month. You guys really make it all worth it. — Jared

View all posts by Jared Doucette